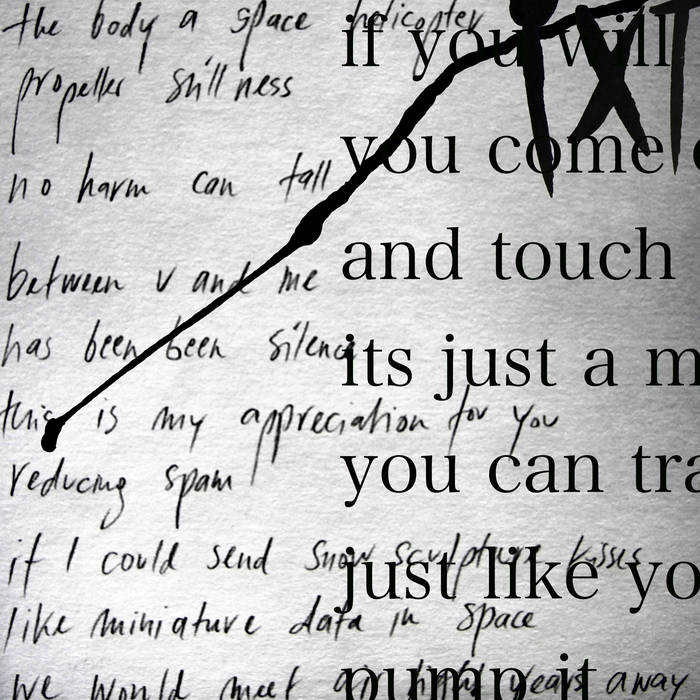 As implied by the title, Beatnadel is AGF's most beat-laden (and bad-ass) record to date, soundly disproving that poetry albums must be unhip.

Beatnadel begins commonly enough (for AGF -- nee Antye Greie -- anyway), with a poem: “Seductive / Incomplete / History / Stones they bear / Europe / Saved / Cigarettes / The presentation / Wastelands / Abuse of / Intelligence....” The themes of Westernization and corruption are familiar ones for this artist, who hybridizes a skewed form of heavy glitch with her own spoken poetry, but the music is something of a change. Not since Words are Missing in 2008 has an AGF record felt so chilly and harsh. Her albums in-between, Einzelkämpfer and Orlando, a soundtrack written in collaboration with Craig Armstrong, went for a quiet, abstract near-melodicism. This record, as implied by the title, satisfies our need for structure with beats. Lots of them.

There aren’t just beats on Beatnadel. There are pieces of beats, shadows of beats, echoes of beats reformatted to land with nail gun precision, beats formed from words and clipped syllables, beats, beats, everywhere. There are songs without beats, but they don’t define this record. It elevates the spoken word field to new levels of hard-hitting attitude, and it's the most bad-ass musical hand grenade AGF has ever lobbed in our direction. The fantastic “Massaker” is an exemplar of the approach she takes, with an arsenal of stormy beats cutting between each other, resonating as if inside a gigantic metal box. It’s a smart, insanely cool study in dimensionality that out-Autechres Autechre and puts a legion of dime-a-dozen drum ‘n' bass artists in their place.

Several factors, including the language barrier (Greie is German) and the fragmented nature of the record’s sounds, keep us from identifying exactly what Beatnadel is about. That hardly matters at all. As always, AGF makes forceful music that sounds as if it’s coming from some place deep inside her, betraying a kind of — to borrow one of her track titles — “extimacy”. Beatnadel gives us transmissions from an alternate dimension in Greie’s own world, yet in order to enjoy it, we have to be willing to take it on her terms; her music, strange and uncommonly daring, demands it. Across the record, she drops hints that Beatnadel concerns the things she has enjoyed exploring throughout her career: topics like colonization, linguistics, and artistry. In “Lingu-Tik”, the eminent scholar Noam Chomsky can be heard talking about Germany’s superior standing in the arts and sciences before the 1930s, when it abruptly became “the pits of human history." Yet one gets the sense that Greie chose the sample not just for its message but also for Chomsky’s voice — crackled, contemplative, world-weary — which communicates something she likely connected with on an emotional level.

Don’t confuse emotionality with waywardness, though. We’re talking about AGF here, and her admirers know that she operates with samurai-like discipline, her hands gripped around the knobs at all times. Were it not for her incredible oversight, a track like “Stoerung” (in English: “Derangement”), where a whole mess of noises gets tossed into a word salad, would collapse. Instead, by its own cuckoo logic, it makes sense — orderly in its disorderliness. Admiring how masterful Greie is at her craft can be just as giddily enjoyable as swimming in the sounds she creates and trying to follow the various patterns as they feint and twist around in serpentine fashion.

Beatnadel soundly makes the case that poetry albums don’t have to be unhip. And perhaps more than any other record to her name, it allows the beats and textures in the music to speak more than Greie’s mouth does, in a way that is itself poetic. I think that Noam Chomsky gets more whole words on Beatnadel than Greie does. The record may still be largely an enigma to her listeners — hell, they’d be disappointed if it weren’t, since they tend to appreciate the inscrutability and the chance to probe her records for deeper meaning. But Beatnadel clearly communicates something anyway: to the brain, to the body, and perhaps even to the soul. That’s poetry.