language Is the most 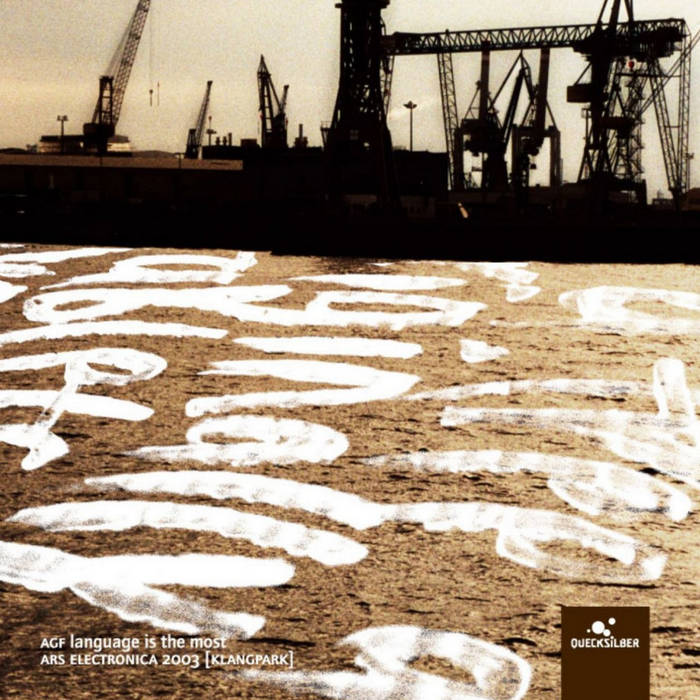 2003: AGF was invited to perform at the Klangpark, an outdoor performance space set up during the Ars Electronica Festival. The theme of the 2003 edition of Ars Electronica was "Code -- The Language of Our Time." AGF chose to approach code in both its linguistic (verbal) and programming entities. Her 43-minute set consisted of segments composed for the occasion as well as bits and pieces from her album Westernization Completed, which had just been finished. Her voice is central to the music, either treated into ethereal soundscapes, softly singing snippets of melodies, reciting the dictionary entry for the word "code" (in "Code in the Noodle Soup"), or confessing her thoughts on language, thoughts that have been chopped up, shuffled, and left to the listener to piece together. Language thus becomes content and a commentary on content. The set begins with a certain level of bounciness. "Loading" immediately puts the AGF follower at ease, as it unequivocally points to the previous album. "Reduced Trust" is a revision of "Ambient Trust" from Westernization Completed. By "White Flip Flops" the set has already percolated into something more diaphanous. Reaching "Schlauchtraumstimmen," listeners are left with a few electrical hums, clicks, and other quiet manipulations; beat is hardly more than a fleeting pulse. Language Is the Most is a confident, cohesive set that pushes AGF's art further into abstraction without losing sight of her distinctive features. ~ François Couture

note by artist: Quecksilber label does not exist anymore, so I asked for rights to upload it here and was granted by Markus Detmer.

Track 1: though "Loading" and "Code In The Noodle Soup" are actually only one track, "Loading" is mentioned as Track 0 on the release.

Marketed and distributed by Quecksilber.